Scouting on the Darling Downs commenced with the strong support of the religious denominations. Their ministers and halls were instrumental in creating a network of of dedicated businessmen who personally involved themselves and along with the ministers volunteered as scoutmasters as well as making equipment available for camps and rallies.

Scouting on the Darling Downs has endured and evolved over the years to become a strong influence in the community and helping teach many life skills and values while forming strong friendships that can last a lifetime. 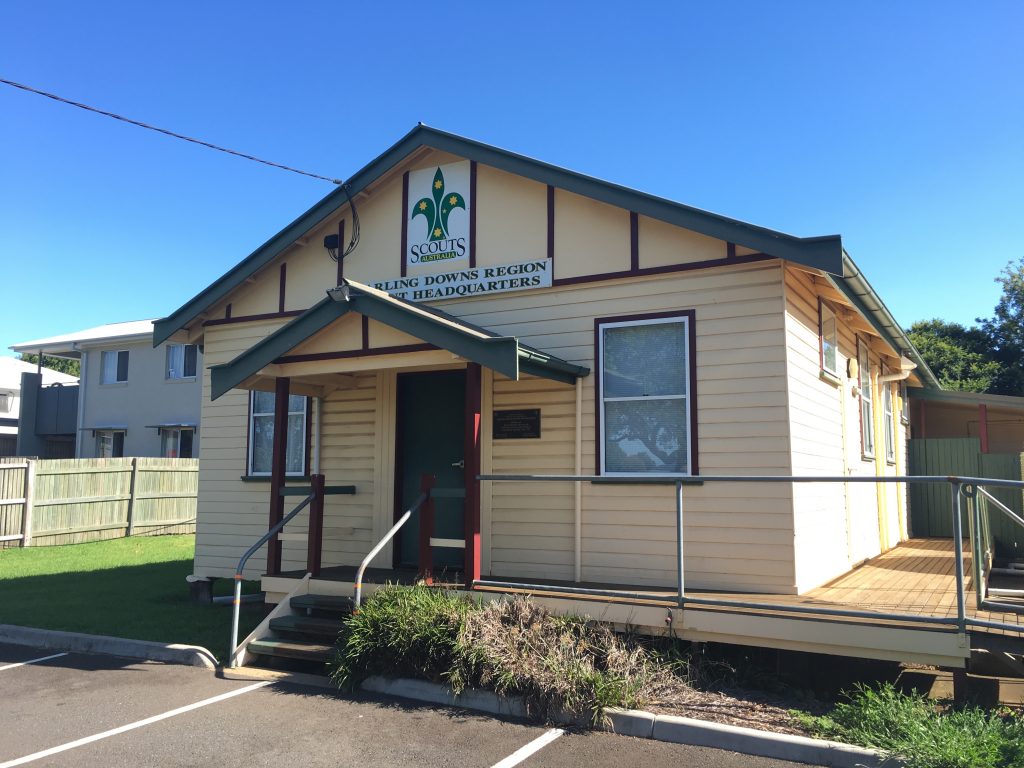 Scouting is over 100 years old and has more than 30 million members in 161 countries, based on Voluntary Membership for Youth and Adults,in fact there are only 6 countries without Scouting. Scouting on the Downs has been in operation since 1909.
There are 5 youth Sections for both male and female members.
The Aim of Scouting is to encourage the physical, intellectual, emotional, social, spiritual and character development of young people so that they take a constructive place in society as a member of their local, national and international community.
Although it sounds very heavy, when it comes down to detail it really isn’t such a mouthful.

The Darling Downs Region is located some 150Km west of Brisbane, on the Great Dividing Range, elevation over 600m, and covers an area from Toowoomba east to Helidon, west to Chinchilla, south to the New South Wales/Queensland Border and north to Crows Nest.

Groups are divided into Sections, with The Group Leader overseeing the Youth activities which are run by Sectional Leaders, he/she is supported by a Group Committee of parents and other adults who may be interested in supporting the Group.

On the Darling Downs not all Groups have 5 Sections but where there is no specific section within a particular Group they can easily join another Group with the appropriate section.

Within the Toowoomba City area there are 7 Groups:

Outside the city and in the country areas there are  15 Groups in:

Details of each Group, a contact and meeting times can be found on the Contact Us page.